Q: Andre, you are possibly the best travelled man in the world. What does this distinction mean to you?

A:The Important thing in life is not to travel but to be happy. To be in agreement with oneself and to love the whole world. Which is my case. I have never been looking for records. Many people travel today, but my style has few competitors!

I just realized a mad and impossible dream when I left France in 1955. Going round the world was not a fashion like it is today. There was no information at that time. I had no money and we were still rebuilding my country from the war. My father had never left his garden. I never thought I could spend all my life (practically sixty years) discovering the entire world. My odyssey naturally makes me feel good and even proud. To tell you the truth, I feel I just fulfilled God's plan for me. It was not my choice but my destiny, if you prefer.

I am not a real traveller, I am rather an independent student of mankind. But my curiosity of mind and my desire to learn have no bounds. And the pleasure of discovering new things is the most exciting thing in the world, according to me.

Q: How did you start being interested in travel and what made you dedicate your life to this?

A:Since I was a child I wanted to learn as much as I could of everything. In the Parisian metro at the end of the war, for example, I heard two Americans speak. I could not understand them. This awakened in me the desire to go to their country to learn their language. Although after the war the school geography books were pitiful, the few bad photos in them prompted me to go see for myself. Insatiable curiosity of the mind (intact to-day!) and the desire to learn and understand the world pushed me on the road right after school at the age of 17.

But the real reason for my sabbatical life round the planet is somewhere else. I sure had the dream to visit all countries and territories of the world from the start. But you cannot keep going all your life just on a dream. The real reason appeared to me after a dozen years abroad. After all, what I have done is not a tour of the world but rather a tour of mankind. I was born before the Second World War and my first souvenirs of life are the war. Not on television, we had no television, but the real stuff. For example, as a child I often dreamed that I was in front of a Gestapo squad ready to shoot me! In my travels, I have always been more interested in the heart of man than mileage or adventures. In short, I wanted to find out if one day mankind will be able to finally establish peace. This underlying quest or search (not clear at the beginning) was the motivating force that set me inquiring. 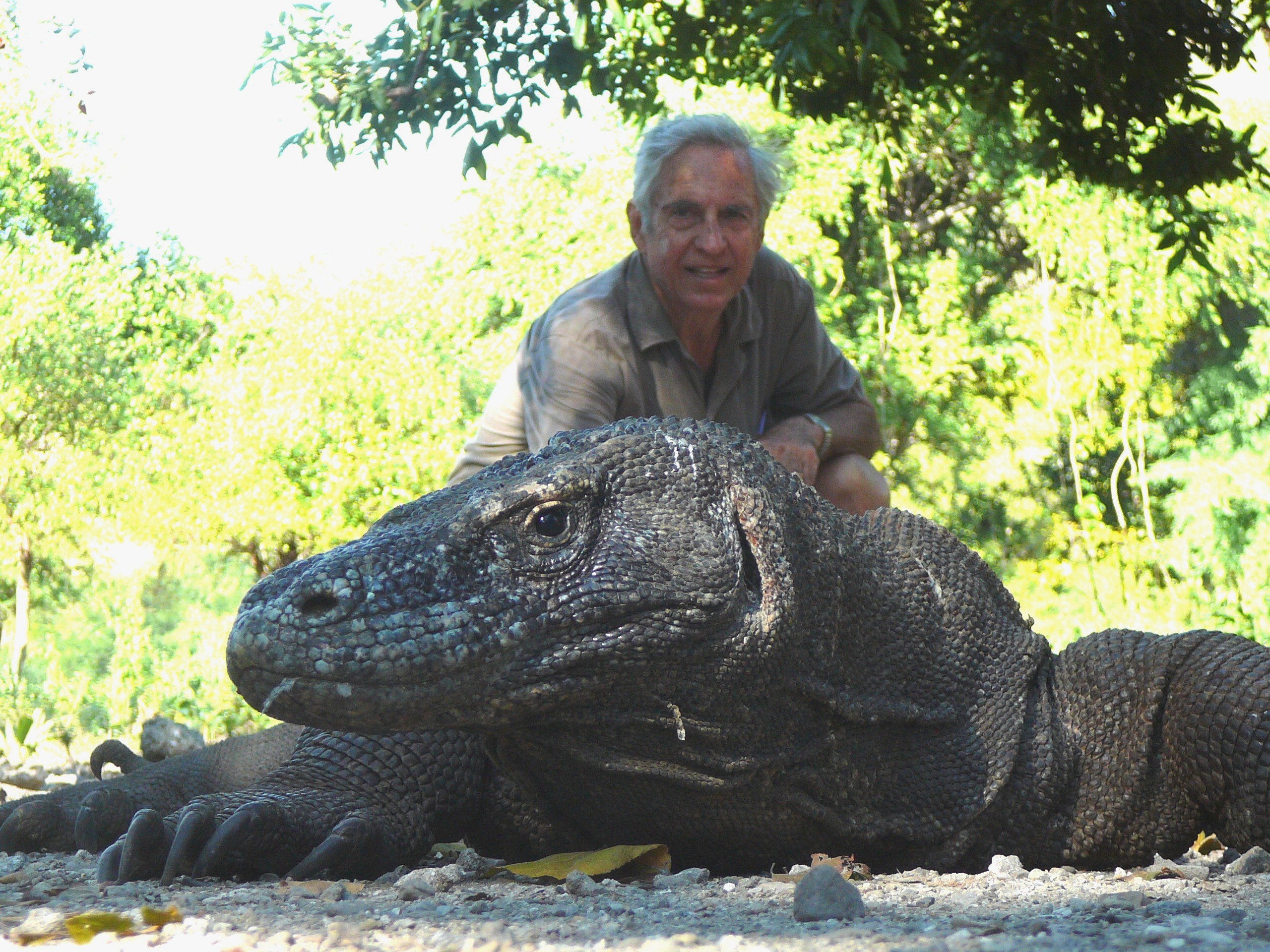 Q: How have your travels impacted, if at all, your professional and personal life?

A: I cannot say I have had a professional life. All my efforts were towards discovering the world. Luckily enough, before leaving France, I spent three years in a Hotel school in Paris. This helped me a lot in finding small jobs around, notably to pick up languages during the first seven years and to save money in Canada for my hitch-hiking period (1967 – 1973). The Hotel school sent me to Scotland in an exchange of students, this is how I started. I married late at the age of 46. This did not prevent me from keeping on travelling.

Q: You grew up in France. To what extent has this shaped your personality and your attitude toward travelling?

A: This business of roaming around the world is the privilege of a few industrialized countries. Fortunately enough, I was born in one of them. French (and English) people have been the main explorers of the world. I therefore had references! French education gave me the Cartesian and Voltarian spirit to properly investigate.

Q: Do you believe the world has changed since you started your journeys? In what ways? What about your own native country?

What has also changed is the relation between people. During my first 18 year-long trip up to 1973, I was considered everywhere as a friend coming from afar, as a venerable host. Today I am like everybody else: a walking bank to be fleeced.

Also, in my first trip I saw everything for free. Nowadays you pay to watch the smallest penguin!

Q: What is your most vivid trip in your memory and why?

A: Impossible to answer that question. In sixty years I have had a few vivid ones as you can imagine. But, for example, visiting Cambodia during the « Khmer Rouges » episode was quite vivid! Why, guess!

Q: Where did you experience the best hospitality?

A: All travellers agree on one point: in third world countries. Nevertheless, if you want to know what is the refinement of hospitality, go to Iran.

Q: If you could change something from your past trips, what would it be?

A: I would change nothing. My only regret is not to have had medicine like « Ercyfuryl » on me when I caught a dysentery in Pakistan in 1970. Since then I have had digestive problems, the only physical after-effects of all my roaming around. When I left in 1955, this medicine did not exist, when I travelled I never took medicine along and the hospital in New Delhi could not give me the right thing when I asked. 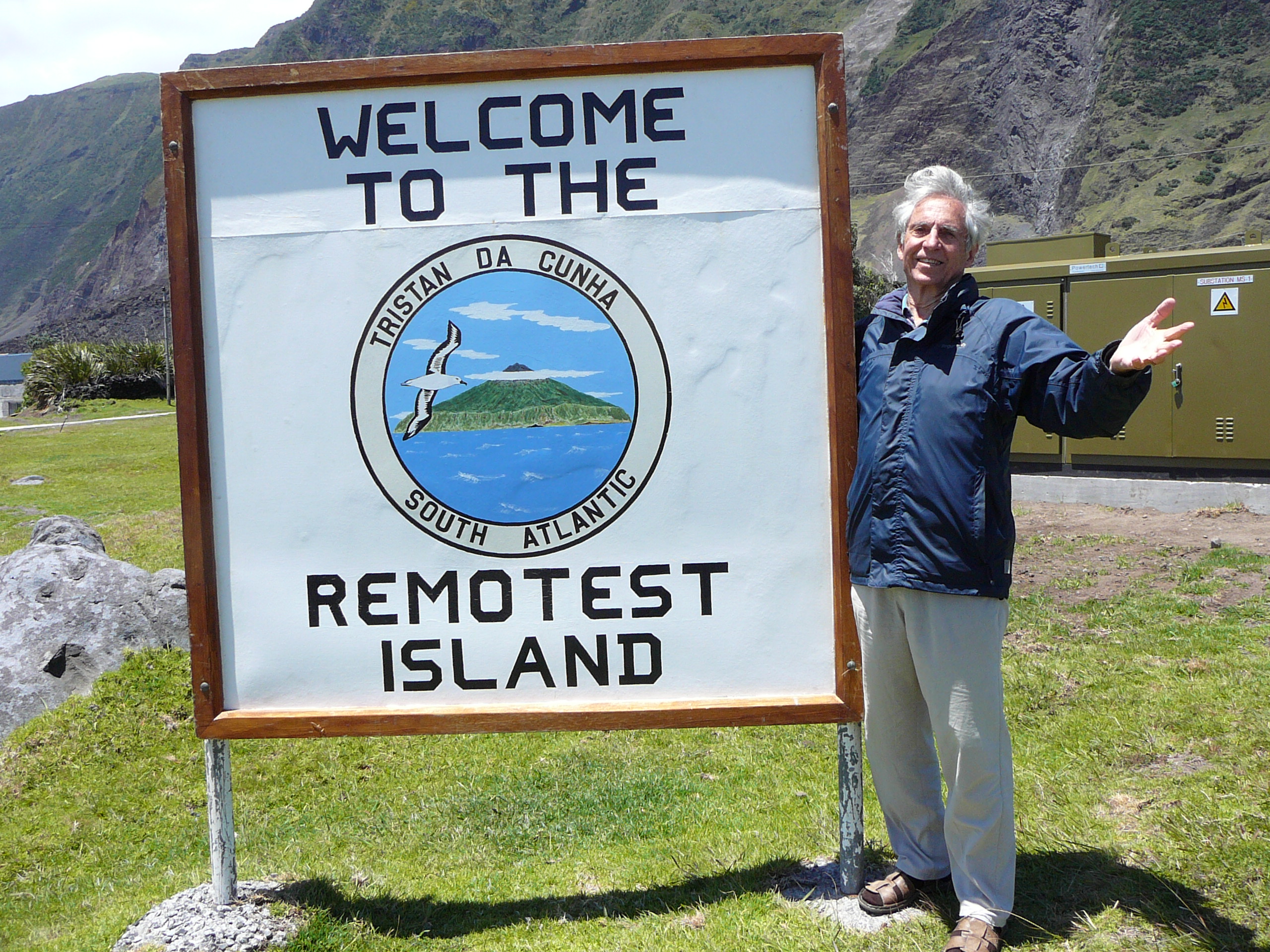 Q: What advice do you have for young travellers who want to travel but don't have the resources to do so?

A: Go and work abroad to start with. For Europeans, it is easy. Lots of foreign countries are close to their own borders. It does not take much money to reach them.

Q: If you could invite four people (from any period in world history) to a (fictional) dinner, who would you invite and why?

A: 1. Charles de Gaulle: for his unyielding courage towards odds and enmity and his honest behavior in life. I remind you that I was born before the war. 2. Mandela: for his ability to have brought South Africa out of Apartheid without any bloodshed and his nobility of character. I visited South Africa during Apartheid. I was then convinced this would all end up in a terrible bloodshed. 3. Vaclav Havel: for showing this brutal world that you can separate countries without fighting. A miracle in our days. 4. Abdu'l-Bahá (the eldest son of the founder of the bahá'í faith): for his deep loving spirit and because he explained to mankind how to bring about real peace between people and nations with good sense and intelligence. 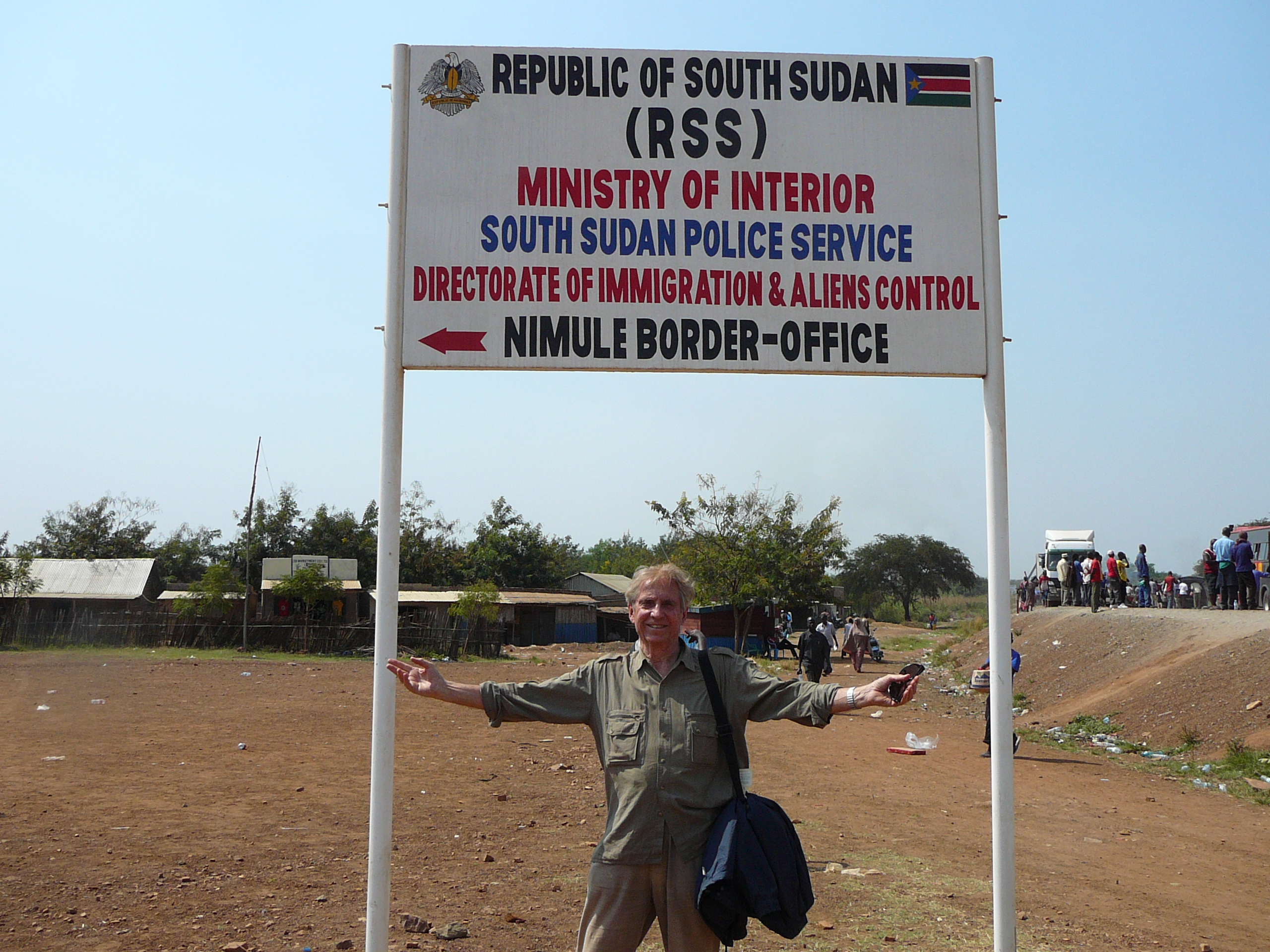 Q: You categorically don't want to be part of any of the famous travel clubs (including TBT). Can you explain why?

A: Maybe I am a lonely wolf. You'll never take me on a cruise, either!

Q: Are you optimistic about the future of the world?

A: Yes, this is the great lesson of my life on the road. I have come back confident and serene about the future of the world. Peace is not only possible , it is unavoidable. I have discovered that on the way. Thanks to the bahá'í writings we have from now on the proper plan to build it. I have checked: this plan is on its way. Peace'll come, yes sir!

But unfortunately we'll need a highly severe « spanking » before, to understand that our interest is not to bring out cannons to solve each problem but to talk and to share (like Europe is showing now). In other words, it is not intelligence nor good will that will bring us into peace but catastrophic circumstances, yes sir!

Q: Do you still make travel plans? Is there anywhere you haven't been that you would like to go?

A: After 60 years of roaming around, I have fulfilled my childhood dream beyond my wildest expectations: to visit all countries and territories of the world. Nevertheless I could still fill up a copybook of things I would still like to see. But I just celebrated my 77th birthday. So as long as my knees are following I'll be keeping on, even if it is on a different speed. I still sleep on a dustbin plastic bag anywhere when travelling. I have noticed that we don't move once in the tomb. So I rather move before! I must all the same confess that I still have a last blank on my map : the forbidden Chagos, a group of 59 islands in the Indian ocean. It is not a country because the Americans had the whole population expelled by the British (in 1970) in order to build their military base on Diego Garcia. But it sure is an administrative zone unknown to me. The only way to reach it is with a sailing boat. 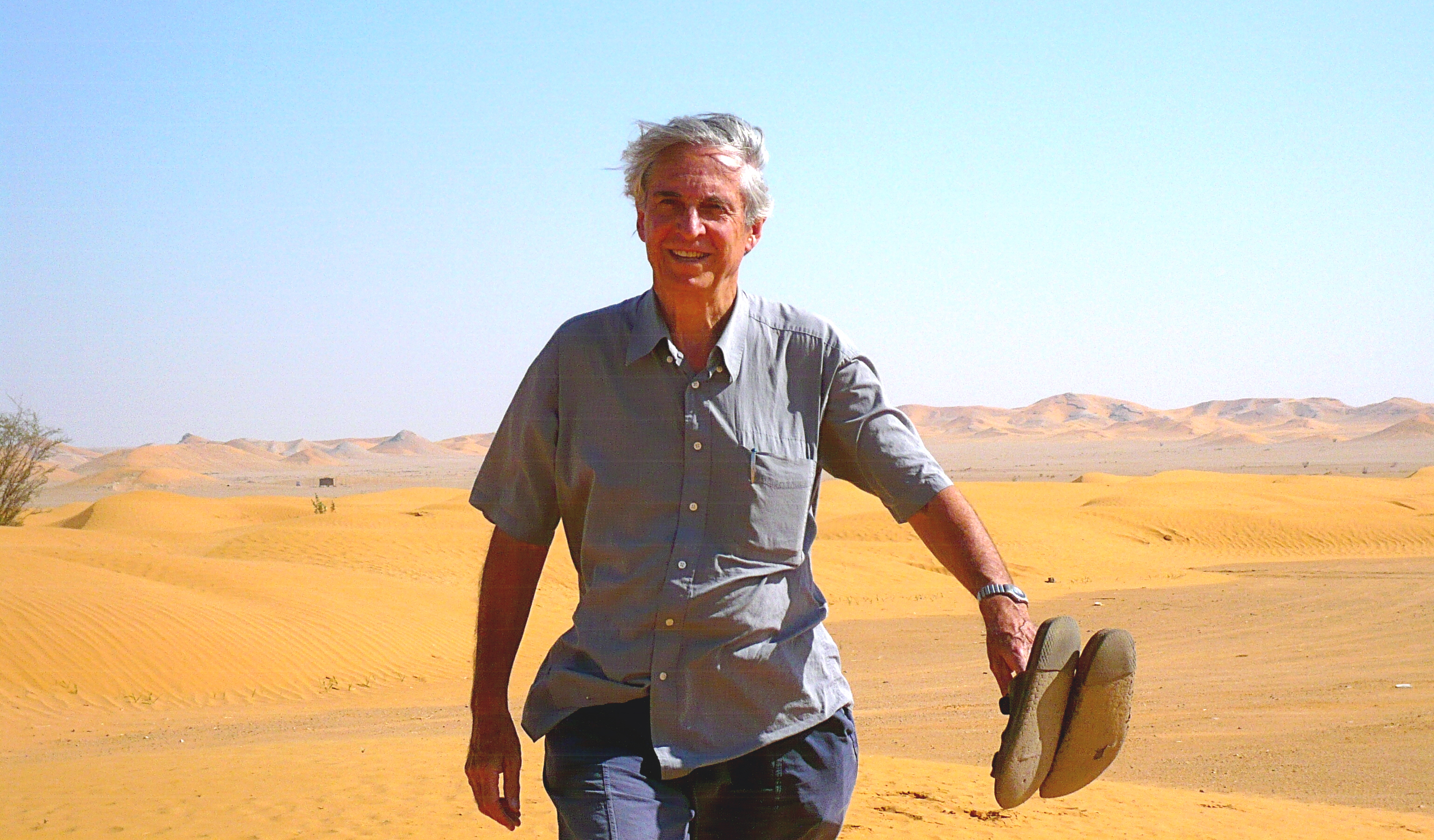 The photos in this article are from Andre's private collection. You can find our more on his website.