Most of our TBT users recognize you from your articles in the stories section, but could you tells us a little more about yourself and your travels? Which three words would you say best describe you?

Well this is a difficult one; if I had to choose only three words, I would say, first of all, thinker, I like to observe things, people, customs, behaviors, think about them and then forge an opinion about it, but I don’t like to get the opinion from others, that’s because I’m quite stubborn as well. I also like to say that I am coherent, when travelling I always defend “When in Rome, do as the Romans do”. And finally, I am very calm: I don’t lose my temper easily, especially when things become hard, tough situations; when travelling outside western countries there are lots of delicate circumstances that make some people to shatter; I think that it’s very important for a serious traveler to handle these situations to keep the love for travelling and, luckily, I think I do. 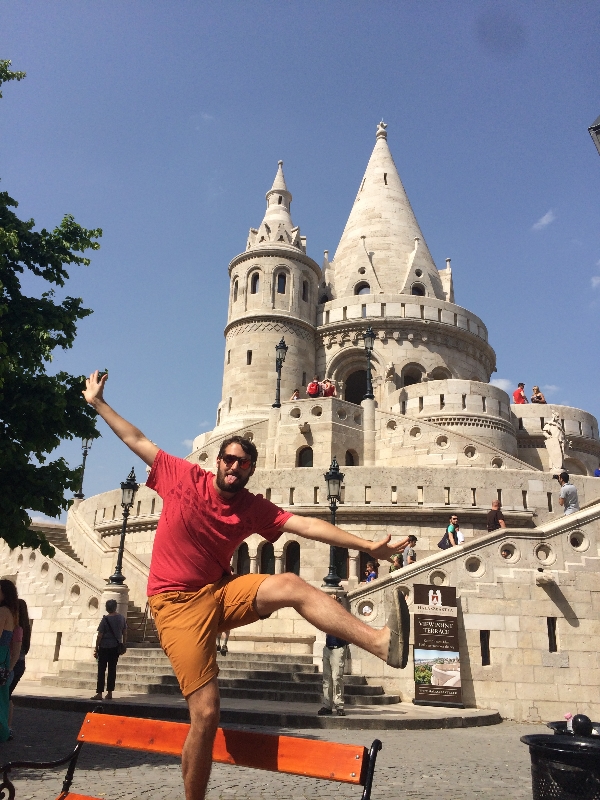 You are an active member since the very beginning. How did you find out about TheBestTravelled? Why did you decide to register?

I was surfing Jorge Sánchez’ website, he’s probably one of the most important Spanish travellers, if not the top one, and also a very active member of TBT. And he has this section about travellers clubs, and there he talked about TBT as a recent initiative. And then… well I happen to be a “lister”: I have the urge of having my life organized in lists, and what better than a place that a keeps a good list online and gives you the possibility to interact with other travelers? Besides, I’ve always thought that the common division of the world in just countries is absolutely unfair, especially when speaking of travelling. It cannot be the same to compare China to Spain, I share TBT’s idea, and even where I would have split the world differently, the list of regions is quite satisfying to me.

It seems that the most memorable trips have a common destination: Asia, especially the South East region. How, and where, was the first time you landed in these exotic lands?

Yeah, absolutely; I actually landed there almost by mistake. I was travelling with a couple of friends in 2008 through India and Nepal, and we planned to cross the Himalayas to Tibet and then the rest of China, but because of the Summer Olympics in Beijing, they closed the Tibetan borders to foreigners during the previous days to the event, so we had to improvise a little bit and took a plane to Bangkok, stayed there for 4 awesome days, and then took another flight to Hong Kong and visited some places in China (we had to because we had our flight back from Beijing). I loved the place so much that the next year I went back to visit the rest of Thailand and Cambodia; then Vietnam, Laos, Myanmar, Malaysia, Singapore, and Indonesia. But even having been to almost every country around this area, I still have a lot of regions which I don’t know, such as Sumatra, most of Borneo, Northern Myanmar, or the Mekong Delta. I will definitely be back soon.

You have a fantastic Spanish blog where you narrate all your experiences, with a very personal touch. How did this idea come up? Do you travel everywhere carrying a notepad?

The idea is easy; I just like to talk about places, and about travel. So I felt forced to write my thoughts somehow. And about the notepad thing… I think I am the absolute opposite to most of travel bloggers: I don’t take notes, so I have to write just based on my memories (probably some stories in my blog are false because of this…), and I don’t even take thousands of pictures, I rather enjoy my moments when I’m travelling and that’s why most of the pictures in my blog are not actually mine (let’s face it, there are many better photographers than me). In my blog (I prefer to call it a compound of articles) there are no advertisements, because I’m not planning to monetize it, I don’t put my effort in SEO, I do not give up to my fancy article titles to increase the visits and I don’t publish over and over again my articles in social networks; I actually write for me, and if others happen to like it, so much better.

November is here, New Year is close... Let´s pretend you have a private jet available at any moment, which would be that place that you would visit once and again?

To be completely fair, I think I should pick only among the places I have already been to… let’s think… I cannot just choose one, but think I would never get tired of being in Koh Phi Phi, Jericoacoara or Fernando de Noronha to enjoy life; I would keep going back to Istanbul, Samarqand or Budapest to walk around, and If I could, I would go once a year to either the Cameron Highlands, Guangxi or the Hohe Tauern just to find myself a little bit happier and stress out.

And now, being a little more realistic, do you already have new destinations planned for the next year?

It’s almost unbearable, but I don’t have any firm plans. Anyway, if you ask me where I think I will go in 2015… I could say that most probably I will be back to Morocco, I will spend some time in southern England or Wales, I will finally go to Iceland and Jordan, but never know, I will be telling you all as it comes!

Read more about David's travels in his blog https://medium.com/@DavidMolone