Q: Ed, tell us how you started your travels...

I’ve been travelling virtually my whole life. My first trips were as far back as 1939 when I was just four years old – from my home in Connecticut we would go to New York and New Hampshire. My parents later divorced and I lived at a boy’s camp during World War II. My father was in New York, while my mother stayed in Connecticut, so I was travelling along with my brother back and forth, which gave us a lot of bus and train trips.

Q: What was your first international trip?

In June 1947, when I was twelve, I went to Canada with my mother and stepfather. We went to Gascay Peninsula and Prince Edward Island. That August, we ended up driving from Connecticut through Canada to Lake Louise, Jasper and then back to the US through the National Parks in Montana, Wyoming and Arizona to California. At the time Canadian Highway one was not fully paved. We also went down to Baja California in Mexico before driving back to Connecticut. So I was 12 years old but had already been to 35 US States! My stepfather had in the 1930s travelled from China to England via the Soviet Union on the Transiberian, so I guess he also had the travel bug. He also had a quirk that he would spend only every other night in a motel, and in between we would sleep in sleeping bags or in the car. It wasn’t first class but it certainly made a traveller of me! 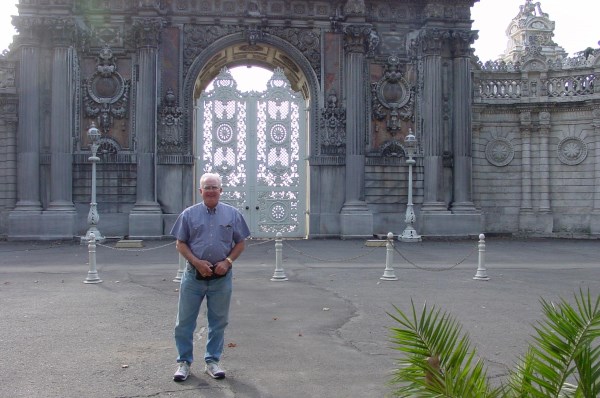 Q: So what about later travels?

I studied in Dallas, Texas, so I continued going home to Connecticut varying the route everytime, so I had driven through every state east of the Mississippi by the time I graduated. In 1957, I enlisted in the US Air Force and my first permanent station was in Bangor. Maine. While I was there, one of my initial navigations – I was an aircraft navigator – was to Greenland. We would also fly to Canada a lot. My first overseas holiday was in 1960 with a buddy of mine. We went to Germany, rented a car and did Denmark and Sweden and then back in Germany went to the Oktoberfest. That was a time still close to World War II- I remember on the ferry to Denmark there were some single English Jewish men who would refuse to dance with the German girls...

Then I was transferred from Maine to Bermuda – while I was there, we would be vulnerable to storms and would have to evacuate the planes to the mainland – Savannah, Columbus, anywhere on the East Coast. I had been deployed up to Newfoundland on occasion and there I met my wife who was a teacher in the Air Force. Our honeymoon was to go from Newfoundland to California in two separate cars that couldn’t tow each other, so we would see each other going up and down hills… and we crossed all the centre of the US. 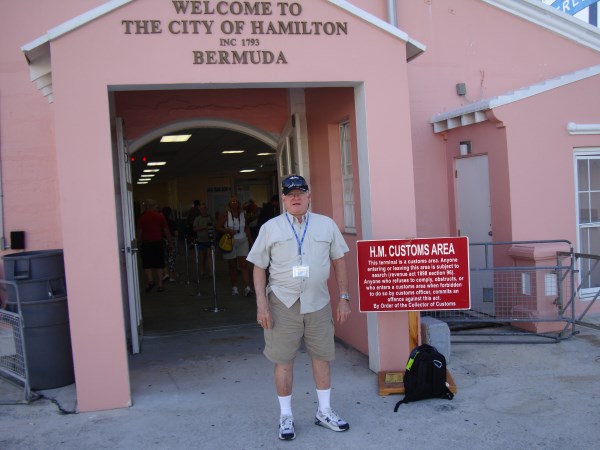 Later on I was based in Alaska and was often in Guam. The unit was supporting the Vietnam War and we had B52s station in Guam. Every Monday morning we would fly a group of B52 crew members to Guam – Hawaii to change pilots and then spend the night in Guam, we would also fly to Okinawa, Philippines, Thailand – another time we evacuated some planes out of Saudi Arabia...

Around that time, they transferred me to New Hampshire, and when that happened, I took a devious route to finish all the US States. So my good old 1953 MG vehicle had done all the 48 mainland US States. 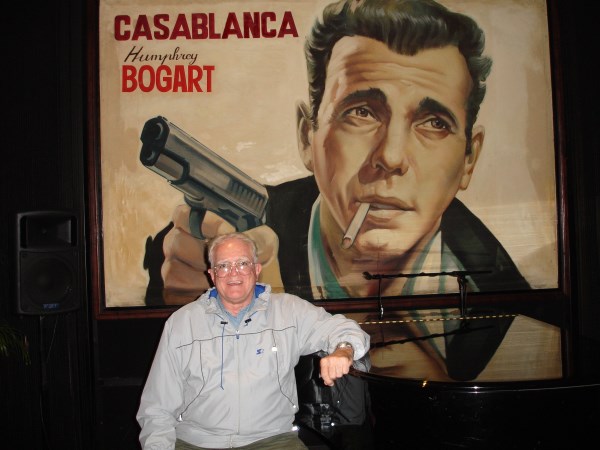 Q: Were you ever based overseas?

Yes, I was. I was sent to Okinawa and my job was to orient crews that would be deployed in Thailand, which means I went to every airforce base in Thailand at the time. After a time based in Nebraska, I was finally sent to Vietnam In 1971. I was in a unit called the Air Force advisory group. I had responsibility for Air Force intelligence. During the week I would fly with the Vietnamese to all the different bases. We had 2 planes assigned to us. On weekends we would go to Hong Kong, Bangkok, Singapore – this was called unofficial R&R. We went to HK so often, we had the same rooms in the hotels because we were the crew. We went to South Korea, Japan… all this time I am supposed to be in Vietnam, in the weekend I did abroad. One time our plane had been shot flying out of Pleikou, and we didn’t even realise that. These were World War II planes, they were not pressured. 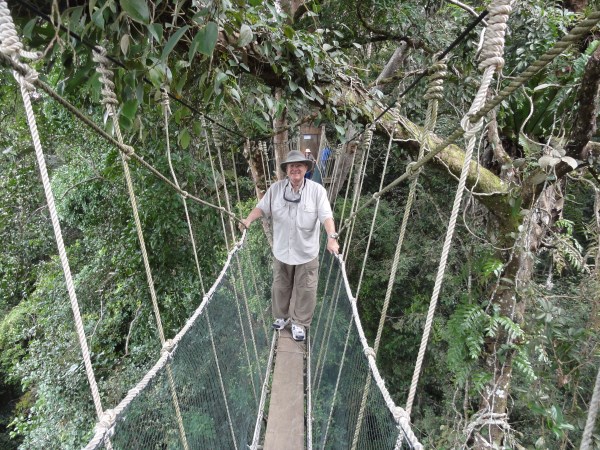 Q: So all your travels were related to work?

Not really. After working in the Pentagon from 1973 to 1979, I decided to change jobs and worked for a while for United Airlines. This allowed a lot of travel. My family and I went to Greece, Switzerland and also to Wales where both my and my wife’s origins are. After my time with United, I travelled a lot all over as I was based in different projects as a consultant in places like Saudi Arabia, Germany, London or Paris. I used the European bases to get to know the continent whenever I could. I also worked on longer projects in Mexico City and Sao Paulo.

Q: It seems you have been driving and flying around a lot.

Yes, but when I retired, I also discovered cruises. My brother was a prolific cruise-taker. He introduced us to cruising and once we started doing that, I started picking those that went to places I hadn’t been to yet. In 2006, during a cruise to the West Coast of Africa on Holland America line, I was introduced to TCC and met Bob and Cathy Parda and I found out that through them I could go to exotic places. So then I got focused on doing all the UN member countries. I finished them in 2014, my last country was Samoa... 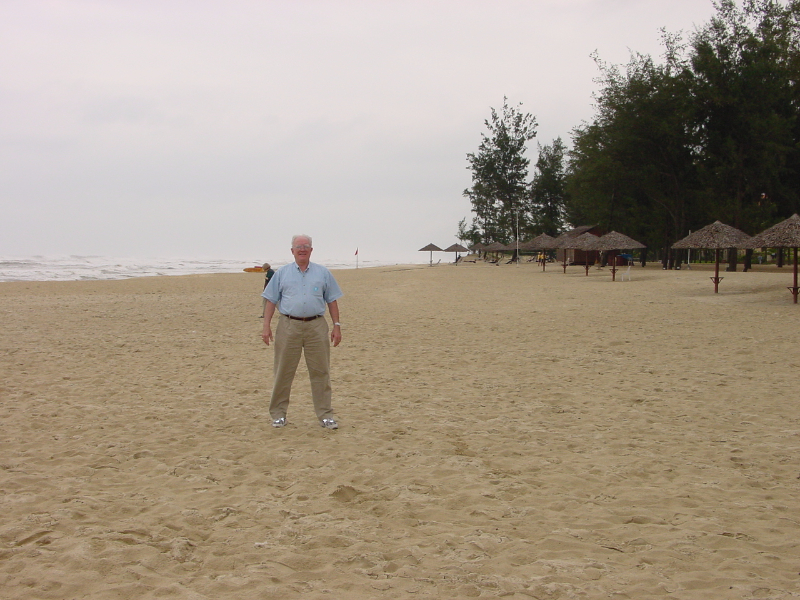 Q: So, what are your favourite places?

I enjoy making different kinds of lists of special places. My favourite countries are the USA, Canada and UK. I have spent a lot of time there and feel comfortable. My best cities are Hong Kong, San Francisco and London. Places that stand out are Lord Howe Island in Australia and Socotra in Yemen. I found there is all that mystery about Yemen, and on Socotra there were just no tourists, but beautiful beaches, blood trees, magical places, I had a great guide and was all alone there.

When I was in Vietnam, we frequently flew over Anghor Wat on our way to Bangkok and I had always wanted to go there. I finally got there in 2007, and climbed to the top. I also must make note of Babylon, Petra and Palmyra, all in the Middle East, as well as Da Lat in Vietnam with is French alpine architecture, and the incredible basilica of Yamoussoukro in Ivory Coast.

Q: Can you name a single memorable experience you had?

It’s so hard to single one out. My 1947 road trip, which was my first, obviously stands out. I remember our boat being stuck on a bed of sea-shells in Guinea Bissau and 18 naked natives coming to our rescue, stealing two cameras in the process. I also remember being marooned in Grytviken, South Georgia, for 8 whole days until a replacement ship came to rescue us.

Q: If you could invite any four people to an imaginary dinner, who would they be?

I would go with people who have had impact on world, deep-thinking politicians, people who could really contribute to my understanding of what they were thinking. Abraham Lincoln, so I can find out what he really thought about slavery… Benjamin Franklin who had so many experiences and the whole idea of separating from Great Britain. Theodore Roosevelt who was such a different, energetic person around the turn of the century during the Spanish-American war. And finally Einstein. 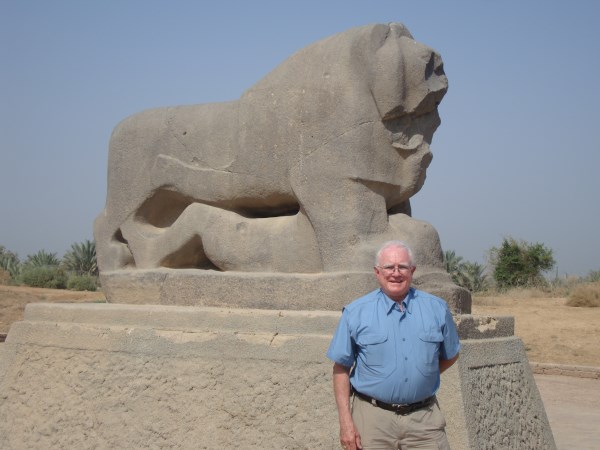 The photos in this article are from the private collection of Ed Reynolds Jr. You can find more about him in his blog